"You know, the thing about heroes, is that eventually somebody surfaces that knew the hero before they were granted that status. Perception changes once again. A new truth is reborn."

Drew Bedford, formerly Andrew "Andy" Davis, a.k.a. "The 333 Stalker", is a stalker and murderer who stalked Mac during season four of

Andy was the youngest of the three Davis brothers, who were friends with Mac Taylor when they were children. The oldest brother, Will, would make deliveries for a local mobster named Bobby O'Toole. One night, Mac and Jimmie tagged along. Though they didn't allow Andy to come with them, he discreetly followed them anyway. At O'Toole's apartment, something went wrong and he started beating Will. Mac drew O'Toole's gun out of a drawer to stop him, but was unable to pull the trigger. Jimmie then took it from him and shot O'Toole in the chest, killing him. Unfortunately, Will didn't survive. Mac and Jimmie fled from the scene, unaware that what they did would classify as self-defense. Andy, who witnessed everything unseen, was traumatized for life, but kept it a secret. After Mac's big drug bust in "Snow Day", which led to the press praising him as a hero, he snapped, changed his name to "Drew Bedford" and began stalking Mac, feeling that his hero status was undeserved because he didn't save Will all those years ago. He used "333", O'Toole's apartment number, as his signature. He also started wooing Stella in order to get closer to Mac. He eventually captures Mac and sets a trap so if Mac moves, a gun shoots him in the head. He also sets it up so that whoever comes through the door to rescue Mac is killed by a shotgun. However, when Jimmie learns of what Drew is up to, he offers his help in stopping him. He calls Drew from Stella's phone and tries to talk him down. When he fails and when Drew realizes that Jimmie is nearby, Jimmie tells his brother he is coming in and comes through the door. Jimmie is shot in the chest, but survives due to a bulletproof vest. As Drew moves in front of his gun trap, Mac triggers it, causing Drew to be shot by his own trap non-fatally. Drew draws a gun to shoot Mac, but Mac grabs the gun from the trap and shoots Drew in the forearm, injuring and disarming him.

Drew is arrested and when asked by Flack asks Mac why he didn't kill Drew as cops are taught in such a situation, he explains that he felt that Drew and Jimmie had lost enough. 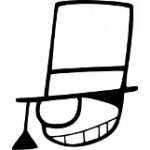 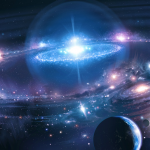