Gary Alan Sinise (born March 17, 1955) is an American actor, director, producer, musician, author and philanthropist. He has won an Emmy Award, a Golden Globe Award, and has been nominated for an Academy Award.

Sinise is known for several memorable roles. These include George Milton in Of Mice and Men, Lt. Dan Taylor in Forrest Gump (for which he was nominated for the Academy Award for Best Supporting Actor), Harry S. Truman in Truman (for which he won a Golden Globe), Ken Mattingly in Apollo 13, Detective Jimmy Shaker in Ransom, and George C. Wallace in the television film George Wallace (for which he won an Emmy). In the CSI franchise, he is known for starring as Detective Mac Taylor on CSI: NY. He also portrayed Agent Jack Garrett in the short-lived series Criminal Minds: Beyond Borders of the Criminal Minds franchise. It ran from 2016 to 2017. 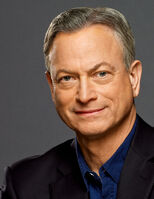 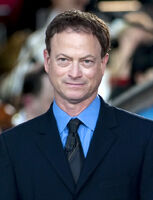