George Coleman Eads III (born March 1, 1967) is an American actor, best known for his role as Nick Stokes on the CBS crime drama CSI: Crime Scene Investigation from 2000 to 2015 and he doesn't appear in the series finale TV movie Immortality. He formerly protrayed as Jack Dalton on the CBS reboot action-adventure series MacGyver from 2016 to 2019.

Eads was born in Fort Worth, Texas and grew up in Belton. His father is Arthur Coleman "Cappy" Eads, a retired DA who died November 1, 2011. His mother is Vivian Baker (neé Athens). Eads has an older sister, Angela Eads Tekell, who is an attorney in Waco, Texas. Eads' stepfather, Dudley Baker, is a gynecologist. George graduated from Belton High School in 1985 and from Texas Tech University in 1989 with a degree in marketing. In college, he was a member of the Phi Delta Theta fraternity. Prior to beginning an acting career, Eads used to work as a copy machine salesman, as well as selling first aid and safety supplies for Cintas.

To pursue his acting career, he headed to Los Angeles, California, in a pickup truck borrowed from his stepfather. When he arrived in Los Angeles, he could only drive during the day because the truck had two broken headlights. Eads got his big break on the primetime soap opera Savannah. Though his character died in the pilot episode, Eads was so popular that producers continued to use him via flashbacks and eventually brought him back as the character's identical twin.

Afterwards, Eads guest-starred on ER, and worked on several made-for television films like Crowned and Dangerous with Yasmine Bleeth in 1997.

In 2000 Eads became one of the lead characters of the CBS series CSI, in which he portrays a Las Vegas forensic scientist named Nick Stokes.

Parallel to CSI, Eads has worked on made-for television films, such as 2003 in Monte Walsh and 2004 in Evel Knievel.

On November 25, 2014, it was announced that Eads would be leaving the show along with Elisabeth Shue, which in any event was not renewed for the following season—meaning he only missed the series finale television movie, Immortality, but Eads was replace by William Petersen as Gil Grissom for his return and final appearance.

In March 2016, Ead will join the cast as Jack Dalton his opposite side is Lucas Till as Angus "Mac" MacGyver for an reboot Action-advetnure series MacGyver. He left the series after three seasons on February 1, 2019 and making his guest appearance. 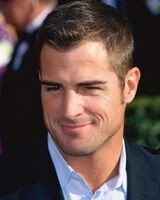 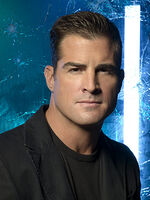 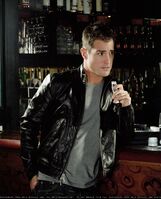