Mary "Marg" Helgenberger (born November 16, 1958) is an American film and television actress known for her roles as Catherine Willows in the CBS drama CSI: Crime Scene Investigation from 2000 to 2012 also in 2014 and 2015 (TV movie finale), and as K.C. Koloski in the ABC drama China Beach, which earned her the 1990 Emmy Award for Outstanding Supporting Actress in a Drama Series.

Marg (pronounced with a hard "G", unlike the name Marge) Helgenberger was born in Fremont, Nebraska and was raised in North Bend, Nebraska. Marg graduated from North Bend Central High School. She is the daughter of Mary Kay (née Bolte), a nurse, and Hugh Helgenberger, a meat inspector. She is of Irish and German descent and had a Roman Catholic]upbringing. Marg has one older sister named Ann and a younger brother named Curt. One of her first jobs, as a teenager, was spending her summers and her Christmas breaks working as a "deboner" at the meat packing plant where her father was employed. Helgenberger played the French horn in her high school (North Bend Central High School) marching band. Until she went to college, Helgenberger wanted to be a nurse like her mother. Marg attended Kearney State College (now the University of Nebraska at Kearney) in Kearney, Neb., then attended Northwestern University's School of Speech in Evanston, Illinois (now the School of Communication) and earned a B.S. degree in Speech and Drama.[6]

Helgenberger at the 1990 Emmy Awards, Helgenberger got her start as a nightly weather girl at KHGI-TV Kearney, Nebraska while attending college (her name was changed by the producer to Margi McCarty). During the summer she also worked as a deboner at her father's meat packing plant. After portraying the role of Blanche Dubois in a university production of A Streetcar Named Desire, she was bitten by the acting bug.

While performing in a summer of 1981 NU campus productions of Shakespeare's Taming of the Shrew, in which she played Kate, Marg was spotted by a scout for the TV soap opera Ryan's Hope. Soon after completing college, Marg landed her first professional acting role on the long-running ABC Daytime soap opera, playing uptight amateur cop Siobhan Ryan Novak (1982–1986), a role previously played by Sarah Felder and Ann Gillespie. Helgenberger departed Ryan's Hope in January 1986 and was subsequently replaced in the role of Siobhan by Carrell Myers.

Karen Charlene "K.C." Koloski, a heroin-addicted prostitute on the ABC war drama series China Beach, was Marg’s first prominent role. Her performance from 1988 to 1991 on the highly-acclaimed dramatic series won an Emmy Award for Outstanding Supporting Actress in a Drama Series in 1990.

Meanwhile, in 1989, Marg made her feature film debut in a leading role as an all-night answering service operator in one segment of the Wheat brothers’ horror anthology After Midnight. She followed it up with a role in Steven Spielberg's romantic comedy-drama Always (starring Richard Dreyfuss, Holly Hunter, and John Goodman), a modern version of the original 1943 Victor Fleming film A Guy Named Joe.

During that time, TV viewers could also catch her in such television films Blind Vengeance, Lifetime’s Death Dreams, PBS’ historical documentary Not on the Frontline (as a narrator) and CBS’ In Sickness and in Health. Additionally, she was also seen opposite Bruno Kirby in I'll Be Waiting, a segment of Showtime's Fallen Angels helmed by Tom Hanks, and as a novelist on the ABC miniseries Stephen King's The Tommyknockers opposite Jimmy Smits. She was also seen in the CBS miniseries When Love Kills: The Seduction of John Hearn and made her first collaboration with director Peter Weller in Showtime's Partners. After playing a recurring role as George Clooney's love interest on NBC's medical drama ER, Marg became David Caruso's sex-starved widow on Showtime’s Elmore Leonard's Gold Coast, helmed by Weller, and starred as a woman involved with Steven Seagal in the 1997 action film Fire Down Below. She also starred as a talk show host on Murder Live and portrayed the furious sibling to Steven Weber's character on Showtime's miniseries about the elusive Gulf War Syndrome, Thanks of a Grateful Nation. She also starred opposite Ann-Margret in Showtime's Happy Face Murders.

In 2000, Helgenberger made a guest appearance in the Valentine's Day episode of Frasier, in which Frasier (Kelsey Grammer) finally wears down his dad Martin's resistance and gets the older man to accompany him to the opera. Actually, this invitation is but a smokescreen, so that Frasier can "accidentally" run into his newest dream girl Emily (Helgenberger).

Helgenberger scored another big break when she snagged the co-starring role of Catherine Willows, a former show girl employed as a blood spatter analyst on the CBS drama CSI: Crime Scene Investigation. Her performance as the female lead has earned her two Emmy Awards and two Golden Globe nominations. In 2005, she and her fellow cast members won the Screen Actors Guild Award for Outstanding Performance by an Ensemble in a Drama Series.

When CSI first started filming, Helgenberger visited the Clark County Coroner’s Office to see how things were really done. She even viewed autopsies that were being performed. She says that she often plays hacky sack with the guys during their free time on set. Helgenberger got the chance to act with her husband, Alan Rosenberg, again when he guest starred on CSI, Season 5 ("Weeping Willows") and Season 7 ("Leaving Las Vegas").

In 2005, Universal Studios submitted Helgenberger in the best supporting actress category to the Oscars for her performance as Ann Foreman in the 2004 movie In Good Company. In 2007, she was featured in the movies Conan: Red Nails (as the voice of Princess Tascela) and Mr. Brooks. In Mr. Brooks her character's daughter is played by Danielle Panabaker, the sister of Kay Panabaker, who plays Catherine Willow's daughter on CSI.

In mid 2006, Helgenberger’s hometown of North Bend, Nebraska, population 1213, renamed the street on which Helgenberger had her childhood home "Helgenberger Avenue."

Helgenberger is the unrequited love interest of the bespectacled amphibian Buddy in Mark Heath's Spot the Frog comic strip.

In 2008, she renewed her CSI contract with CBS for 2 additional years. In July 2010, her contract was again renewed for an 11th season with CSI. Following William Petersen's departure from CSI, Helgenberger became one of the two highest paid actors in any of the CSI shows (Vegas, Miami, NY), earning $375,000 per episode, the same as David Caruso, and $25,000 more per episode than Laurence Fishburne. Helgenberger will only be appearing in 12 episodes of the new CSI Season. The reason Helgenberger is leaving CSI is that she wants to return to the stage. The producers have left the door open for Helgenberger if she wants to return, which she says she might do if she can. Helgenberger will be leaving the CSI cast in January 25, 2012, during a two-part episode ("Ms. Willows Regrets" and "Willows in the Wind"). The last one was the most watched episode of the season with 14.26 million viewers.

Helgenberger also starred as Lilian Strand in the short-lived series Intelligence alongside Josh Holloway and Meghan Ory, then it was cancelled after one season. Additionally, she briefly returned to CSI as Catherine for the 300th episode. In February 2015, she joined the third season of Under the Dome.

On May 13, 2015, Helgenberger decided to return for her final cast member along with William Petersen, after George Eads and Elisabeth Shue where leaving CSI, when opting not to renew their contact and will not appear in TV movie and series finale "Immortality".

In 2007, she was named one of the most pleasant celebrities on E! online's Answer B!tch Q&A page. In March 2007, Helgenberger was named one of the sexiest TV stars of 2007 by TV Guide magazine. Entertainment Weekly included her in the list of "The EW 100 Stars We Love Right Now" in 2007.

In April 2008, she joined the roster of celebrities that sported the famous milk mustache as she was chosen as an endorser of the Got Milk? campaign.[18]

Marg has been announced along with many other stars to receive a star on the Hollywood Walk of Fame in 2012 for her work in television. [20] 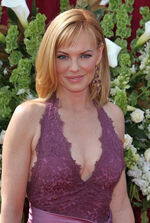 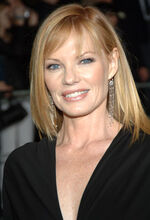 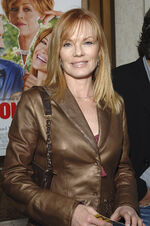 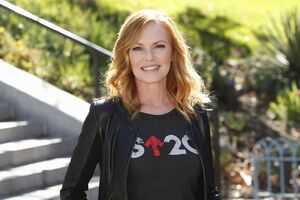 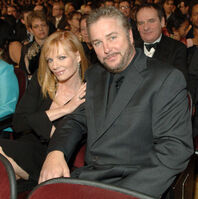 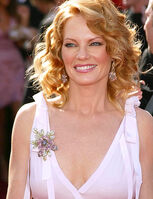