Match Made in Hell

When the investigation of a dead millionaire leads the CSIs to an elite dating service, Ryan poses as a wealthy businessman to expose the matchmaker's lies.

The Miami team is on the case after a man named Matthew Shaw is brutally torn apart by an alligator in his own swimming pool. Horatio and Ryan track down the gator and shoot it, noticing a trail of bloody meat left as bait to lure the gator to Matthew’s pool. Horatio and Tripp question Abby Lexington, the woman Matthew was on the phone with when he was attacked. When asked if she had anything to do with Matthew’s death, Abby reminds them she called 911 after he cried out. She met Matthew through an exclusive matchmaking service, and though they didn’t work out, she insists she bears no ill will towards him. Natalia speaks with Tandy King, the woman who runs the service, who shows her Matthew’s video for the service and tells the CSI that the men bring money to the table, while the women bring their beauty. Natalia asks Tandy about an engagement ring Dr. Loman found in the pocket of Matthew’s robe, but Tandy insists she wasn’t aware of any plans Matthew had to propose to any of the girls from her service. The CSIs speak to the women who went out with Matthew, but none of them got serious with him. Only one woman doesn’t return the CSIs’ call: Kate Pender. An analysis of the sheets from Matthew’s bed reveals Matthew and Kate had sex the night before. Horatio and Tripp track Kate’s GPS and find her at an exclusive party thrown by another matchmaker, Paul Nichols. Nichols tries to block Horatio from speaking to Kate, but the CSI is insistent. Kate tells him it was goodbye sex and denies having anything to do with Matthew’s death before returning to the party with Paul.

Dr. Loman recovers paper from the alligator’s stomach that is similar to paper Delko found in Matthew’s pool. He also discovers a burn on Matthew’s left hand, which the alligator ingested. Tripp recognizes burn pattern as coming from a motorcycle exhaust pipe. Delko and Horatio return to Paul Nichols’ house and find a motorcycle with blood on the pipe. They arrest the bike’s owner, Paul Nichols’ head of security, Ricky Tobar, for torturing Matthew. Horatio and Delko interrogate the man, who tells them that this is about more than the dating service—it’s about millions of dollars—but he clams up as soon as Nichols’ lawyer arrives to represent him. Horatio decides on a different tactic, sending Ryan undercover to one of Nichols’ swanky matchmaking parties. When Ryan approaches Kate at the party, she lures him upstairs and tries to get him to have sex with her—for a price. Ryan begs off and goes to hunt for incriminating evidence, but is knocked out as he searches. Horatio and Delko rush into the house when he doesn’t check in at the appointed time and rescue him from an overzealous security guard who is interrogating him by thrusting his head underwater repeatedly. Nichols denies knowing the girls at his party were hooking, but his story is disproved when the CSIs discover a hidden account room behind a bookcase.

Nichols and the women are arrested. In lock up, Kate confesses to Horatio that she and Matthew were in love and that he wanted to marry her, but Nichols refused to let her go. Matthew’s business manager had run off with his money and he was broke, so he couldn’t pay Nichols off. Nichols vowed to kill Kate if Matthew went to the police, and kill Matthew if Kate ran off with him. Nichols refuses to talk, but a piece of paper found in the alligator’s teeth leads the CSIs in another direction when they put it together with the others found in the animal’s stomach and the pool and find it’s a torn up check marked “insufficient funds” made out to Tandy King. Horatio and Natalia confront Tandy and find she was enraged when Matthew’s check bounced. She went to his house to confront him, and when she found he was broke, she got his gate code off the video he made for her agency and opened it and lured the alligator to his pool to kill him. Tandy tells the CSIs her reputation is everything, and if it got out that Matthew was able to swindle her, her reputation would be ruined. She’s arrested, but Horatio cuts Kate Pender a break on the prostitution charges in exchange for her testimony against Paul Nichols.

List of CSI: Miami episodes CSI:Miami Season 9 Category:Images from Match Made in Hell 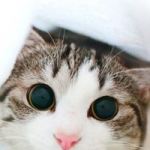 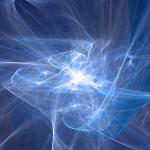 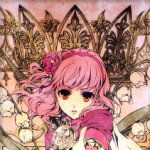