Ward was born in Meridian, Mississippi, to Annie Kate (née Boswell), a housewife who died of ovarian cancer on February 12, 2002, and Granberry Holland "G.H." Ward, Jr., an electrical engineer who died on January 13, 2009. Ward is the eldest of four children with a sister, Jenna, and two brothers, Brock and Granberry (Berry), III.

Ward attended the University of Alabama, where she was Homecoming Queen, a Crimson Tide cheerleader, and joined Chi Omega sorority. She double-majored in fine art and advertising.

Her breakthrough TV role was as Teddy Reed in the NBC drama series Sisters (1991–96), for which she received her first Primetime Emmy Award for Outstanding Lead Actress in a Drama Series in 1994. She received her second Primetime Emmy Award and Golden Globe Award for Best Actress – Television Series Drama for the leading role of Lily Manning in the ABC drama series Once and Again (1999–2002). Ward later had the recurring role of Stacy Warner in the Fox medical drama House. Also beginning in the 1980s, she played supporting roles in films, including The Man Who Loved Women (1983), Rustlers' Rhapsody (1985), Nothing in Common (1986), Hello Again (1987), The Fugitive (1993), My Fellow Americans (1996), The Day After Tomorrow (2004), The Guardian (2006), The Stepfather (2009), and Gone Girl (2014).

Ward was originally offered both the role of Megan Donner on CSI: Miami and Susan Mayer on Desperate Housewives, but turned both down. Ward was reluctant to commit to another lead role in an hour-long series because of the time away from her family it would require. Although she was on a brief hiatus from television she continued to appear in feature films. In 2006 she starred opposite Kevin Costner in The Guardian and in 2009 starred in the thriller The Stepfather.

In July 2010, Ward signed on to star in the police drama CSI: NY, at the start of the seventh season. Ward remained on the show until the end of the ninth and final season in February 22, 2013 before canceling the show on May 10, 2013.

In 2016, she played the President of the United States in the science fiction film Independence Day: Resurgence, and starred in the Epix political comedy Graves.

On May 23, 1992, Ward married entrepreneur Howard Elliott Sherman. They have two children, a son and a daughter.

After meeting two foster children during a holiday trip home to Mississippi in 1997, Ward decided to meet a broader need for abused and neglected children by initiating and partially funding the creation of a permanent group home and emergency shelter, as well as transition houses. Hope Village is housed on a 30-acre (120,000 m2) property once used as a Masonic-owned and operated orphanage, the Hope Village for Children opened in Ward's hometown of Meridian in January 2002 and is intended to serve as a pilot for a nationwide network of similar shelters. Hope Village currently has a capacity of 44 residents and serves an average of 200 children per year.

A portion of 22nd Avenue in Meridian (from 6th Street to the Interstate 20 highway interchange) has been named the "Sela Ward Parkway" in her honor.

In 2002, Ward published her autobiography, Homesick: A Memoir, through HarperCollins' ReganBooks imprint. 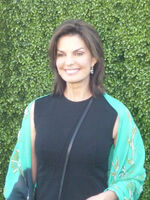 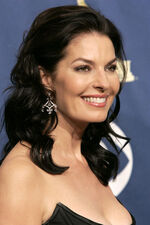 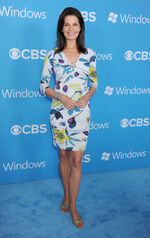 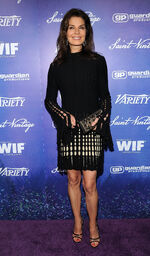